Showcase of Canadian and Québec Artists in Barcelona

Always an outward-looking, globally-tuned organization, MUTEK was initiated to connect Montréal with international creators and to encourage creativity at home by giving local artists a quality platform for expression and development. The festival’s commitments to networks, interconnectivity and exchange culminate in another strong showing by Canadian and Québec artists at MUTEK Spain. Following on last year’s Inter_Connect program in Montréal which saw a day of showcases focussed on Barcelona, the mandate to mingle and cross-pollinate artists and projects internationally continues at the ninth edition of MUTEK.ES.

Thanks to the support of the Canada Council for the Arts, the Conseil des arts et des lettres du Québec and the Embassy of Canada in Spain a total of 6 artists will be performing in Barcelona.

A MUTEK commission developed with the support of the Conseil des arts et des lettres du Québec, Three Pieces With Titles relies on a new, souped-up, extreme real-time, audiovisual instrument that merges cameras, synthesizers, acoustic instruments, computers, and video projectors. The “three pieces” refer to three distinct movements: the image controls the sound (photographs trigger a camera plus a computer system linked to audio); the sound controls the image (an instrument triggers a camera plus computer system linked to photographs); and the sound is the image is the sound (colour turns into sound, acoustic vibration changes the colour and vice-versa).

➤ Read the interview with MUTEK Mag 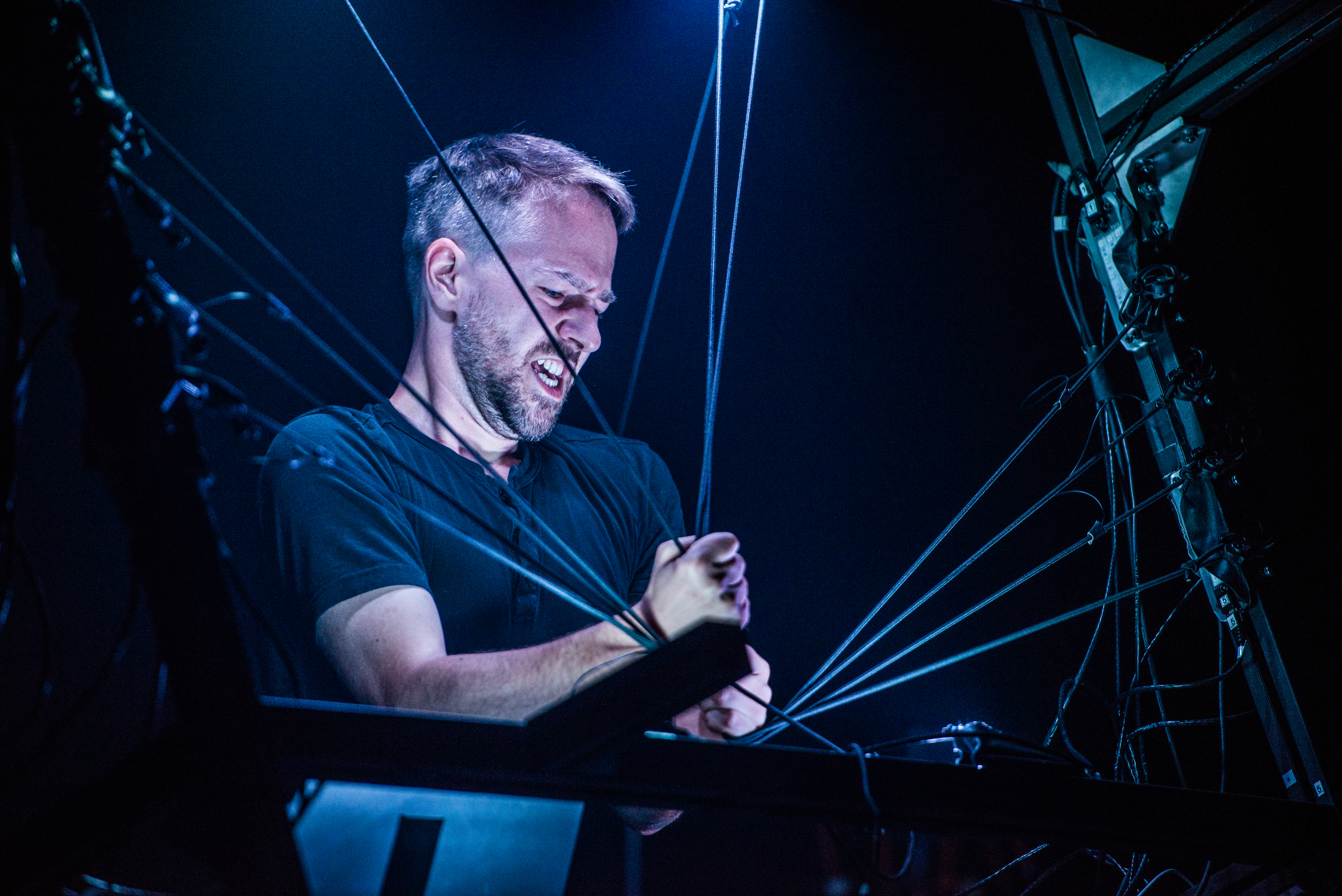 Langevin-Tétrault offers an action-oriented allegory of freedom in our modern interconnected world by progressively building Interférences (String Network) on stage: a unique and imposing audiovisual string instrument that interprets his electro-acoustic composition in real-time while setting off an audio-reactive play of light.

Alexis Langevin-Tétrault will be performing at Digi Lab by Mazda on February 17.
View the event on Facebook.

Herman Kolgen’s reimagining of Steve Reich in his audiovisual work Train Fragments will come to thunderous life when it is performed by the Catalan Frames Percussion ensemble comprised of members and students from the renowned ESMUC music school in Barcelona.

➤ Watch an interview of Herman Kolgen at MUTEK Buenos Aires

As at-home surrounded by wires and synths as she is before a pipe organ, Kara-Lis Coverdale blurs the lines between human and machine in multiple channel, multi-timbral collages that conjure symphonies of the sacred, profane and transcendent while navigating new ecologies with an ease we cannot yet comprehend. Informed by a Masters degree in musicology and composition and an ingrained love of hip-hop and rap, sampling, and capsized New Age, Coverdale’s music mobilizes traditional vocal and instrumental sources into surreal dreams of earthly existence. 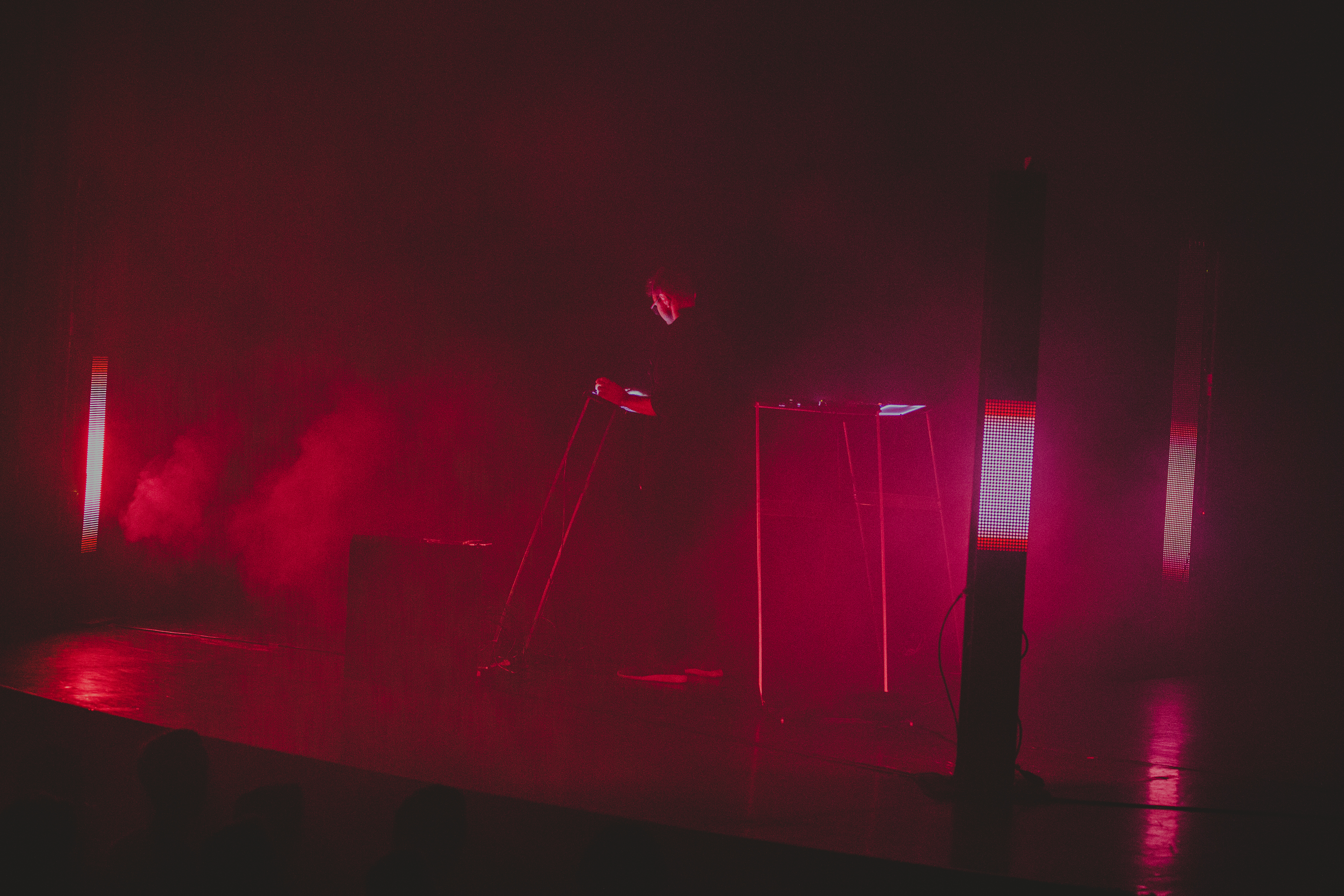 We acknowledge the support of the Canada Council for the Arts, which last year invested $153 million to bring the arts to Canadians throughout the country.

This initiative was made possible thanks to the financial support of the Conseil des arts et des lettres du Québec and the Embassy of Canada to Spain.

The artistic director of MUTEK, Alain Mongeau, will also be traveling to Spain thanks to the support of the Québec government's Ministère des Relations internationales et de la Francophonie in the context of the project 101010.