ACTE: Design the Future U Want

Acte is a label and collective made by Simon Chioini, Gabriel Ladoux, Philippe Vandal, Devon Hansen, and Kara-Lis Coverdale. They make sound designs for many occasions, including: working, contemplating life, purposely not contemplating anything at all, dancing passionately, and walking around. I first met Kara-Lis in 2011 when she poured herring juice all over me and took pictures as I got ravaged by a pack of racoons. Since then she has helped me produce performance art pieces in Ottawa and Toronto, by composing original scores and just generally being supportive. In 2015 she introduced me to Simon Chioini and Devon Hansen at Brasserie Beaubien where I "fell asleep against the pool table and resembled a headless monster." I have been enjoying the fruits of Acte ever since and was delighted to meet up with them up on an unencrypted messaging platform to chat about their work for MUTEK. 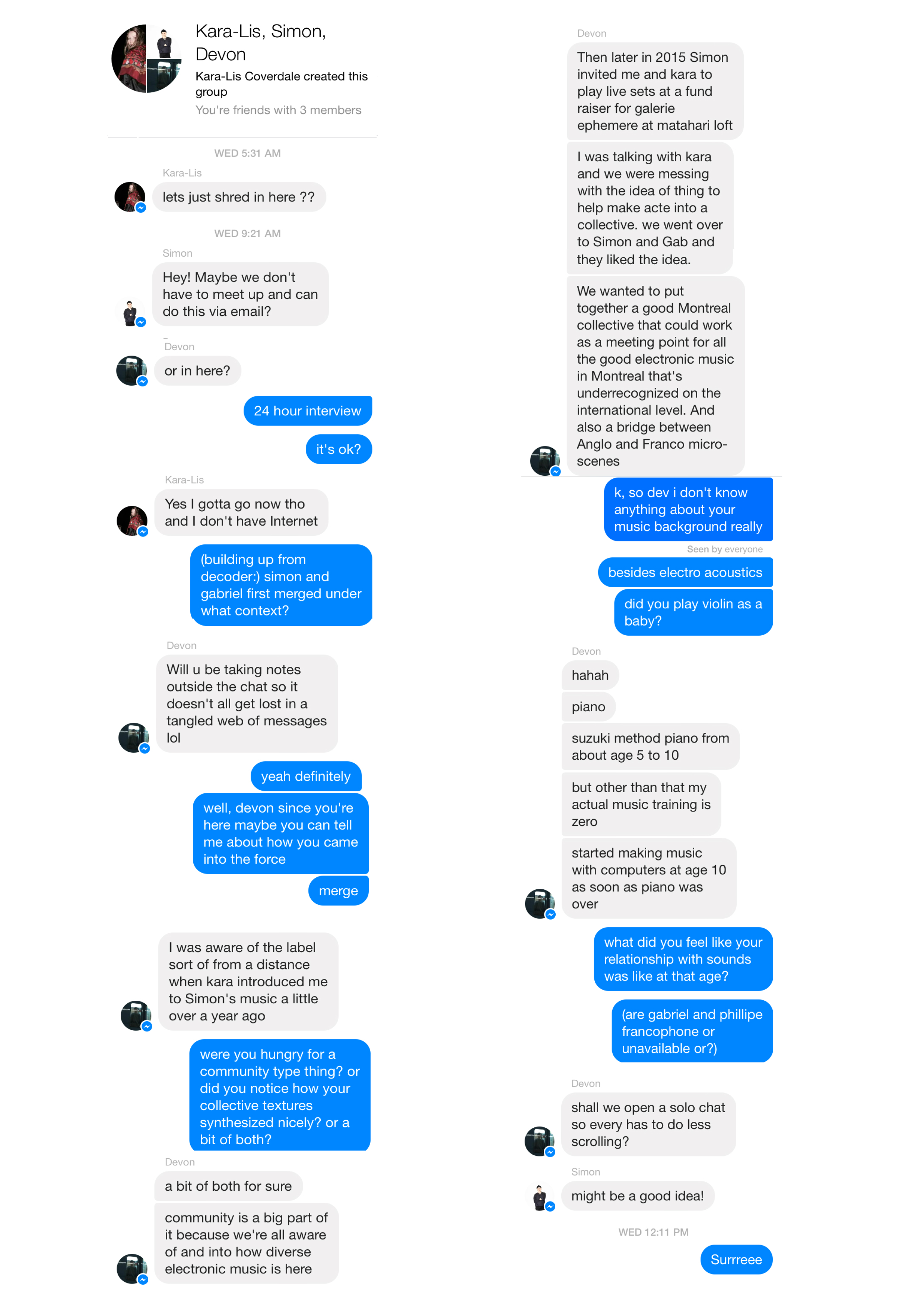 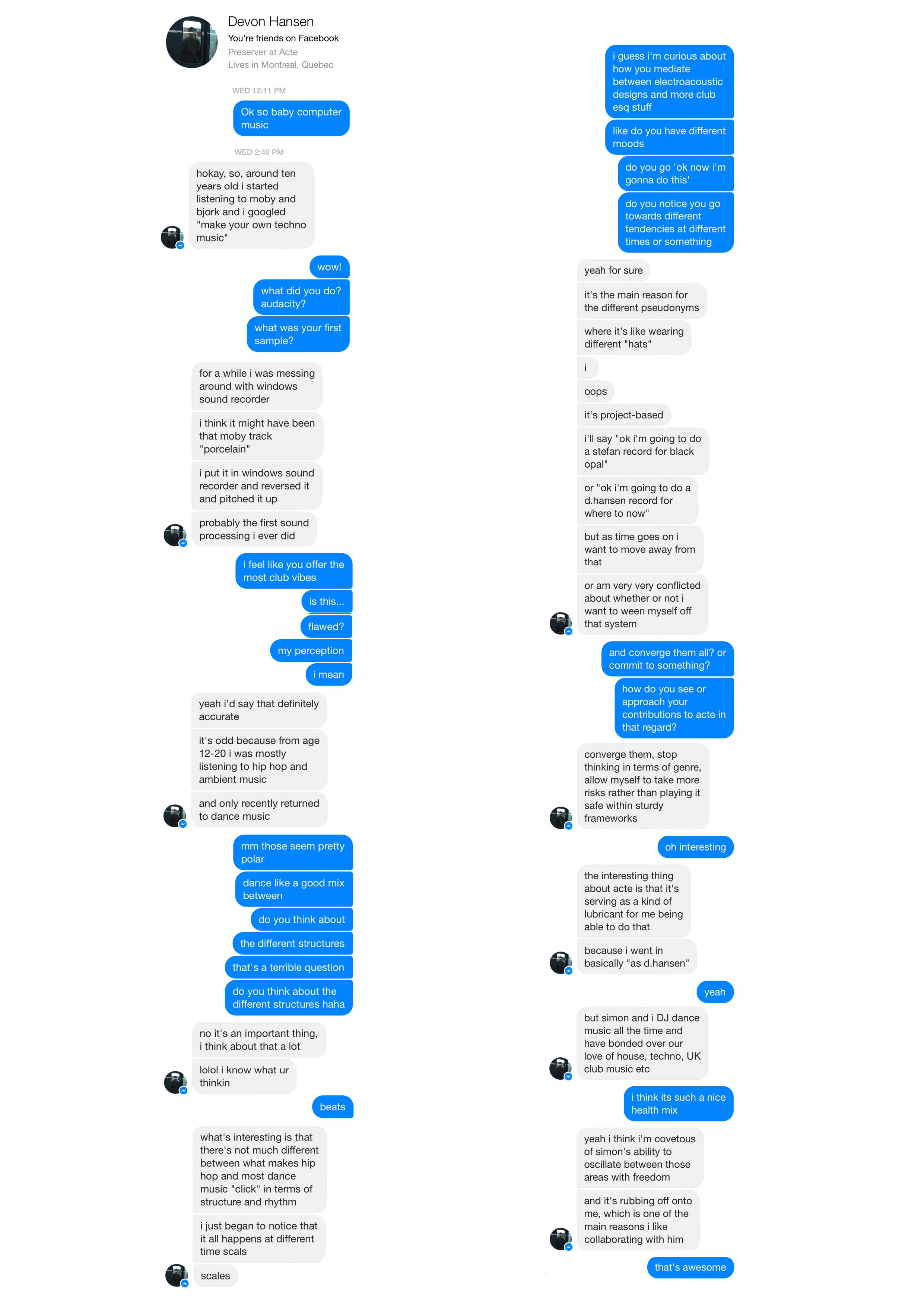 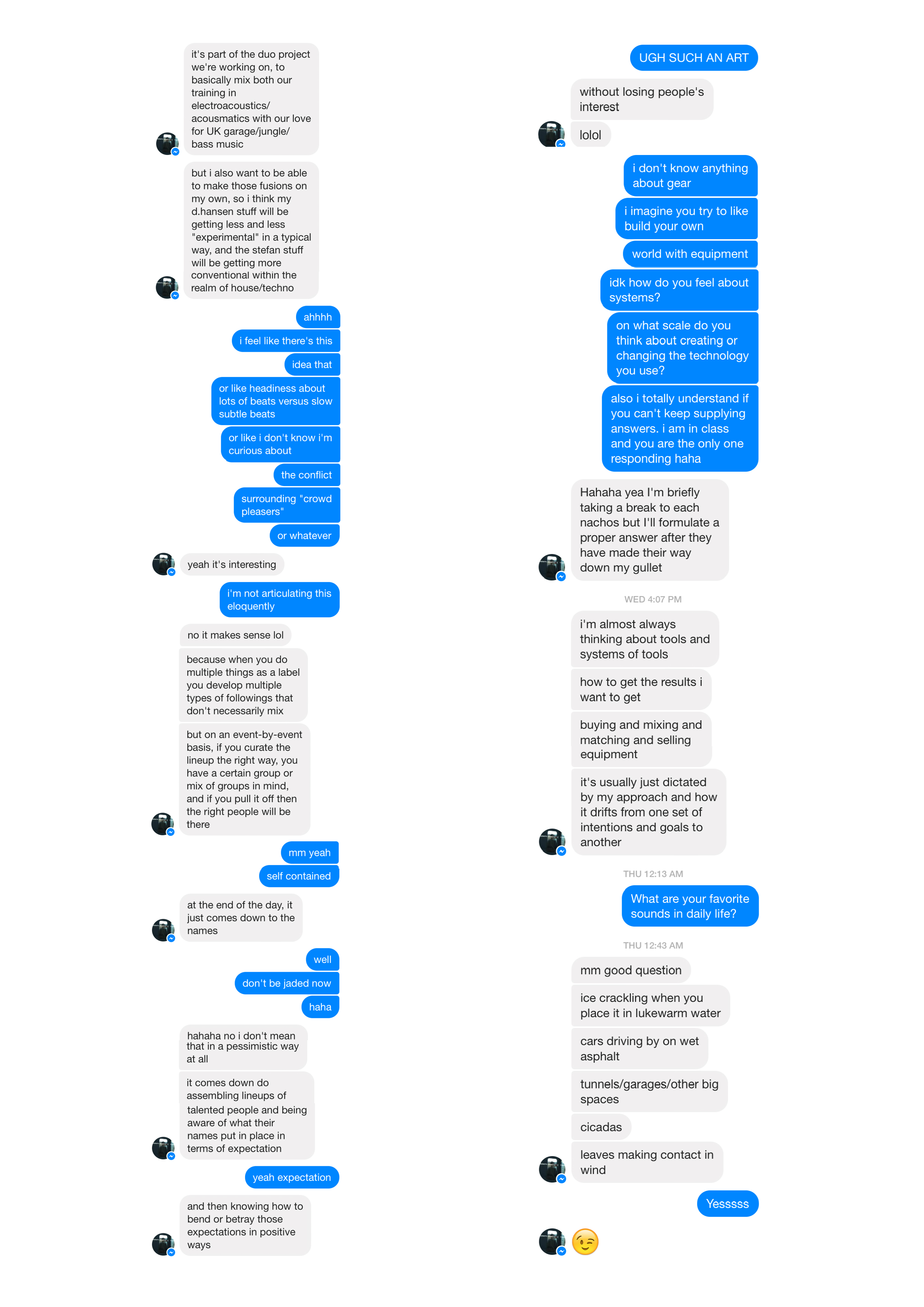 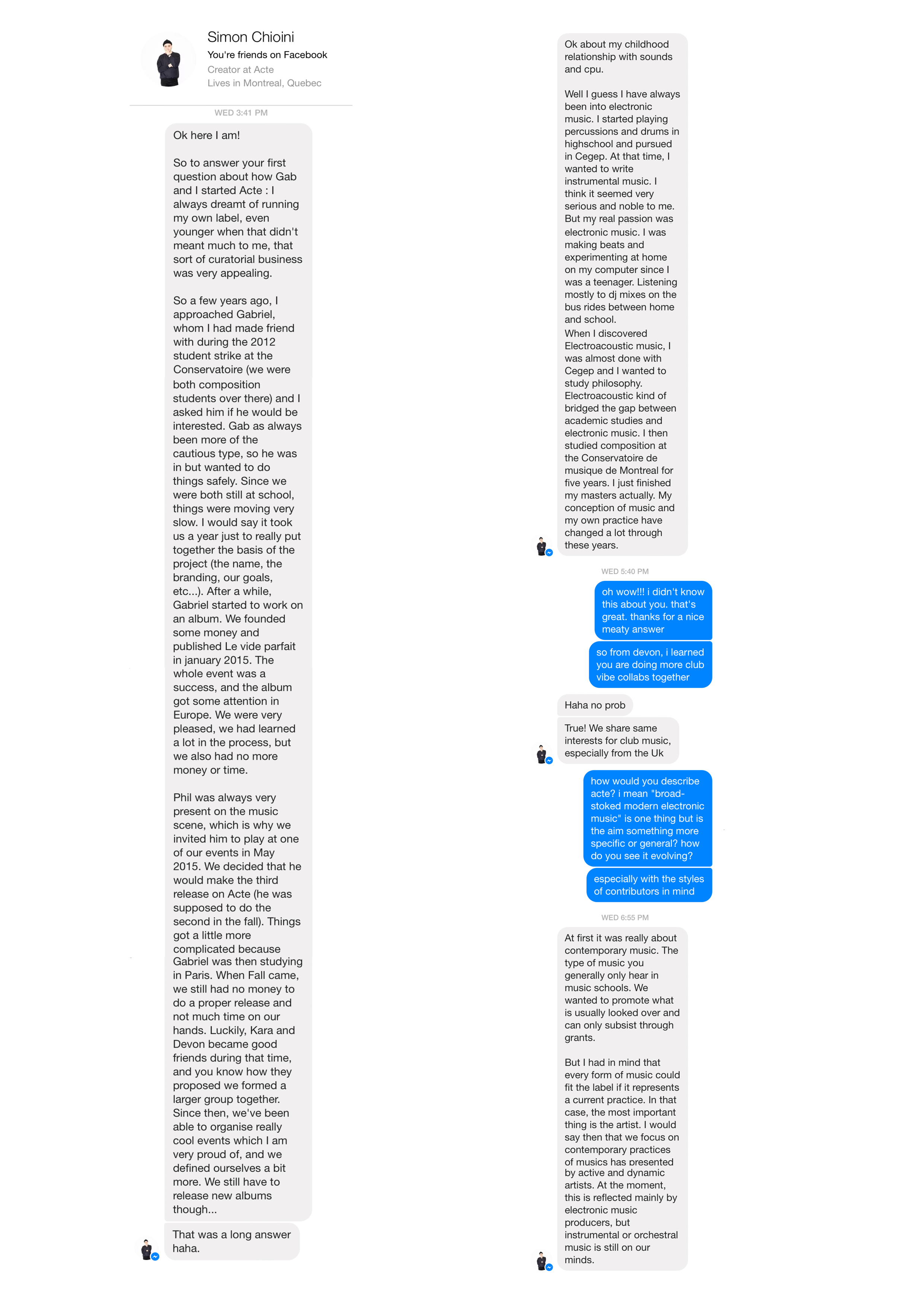 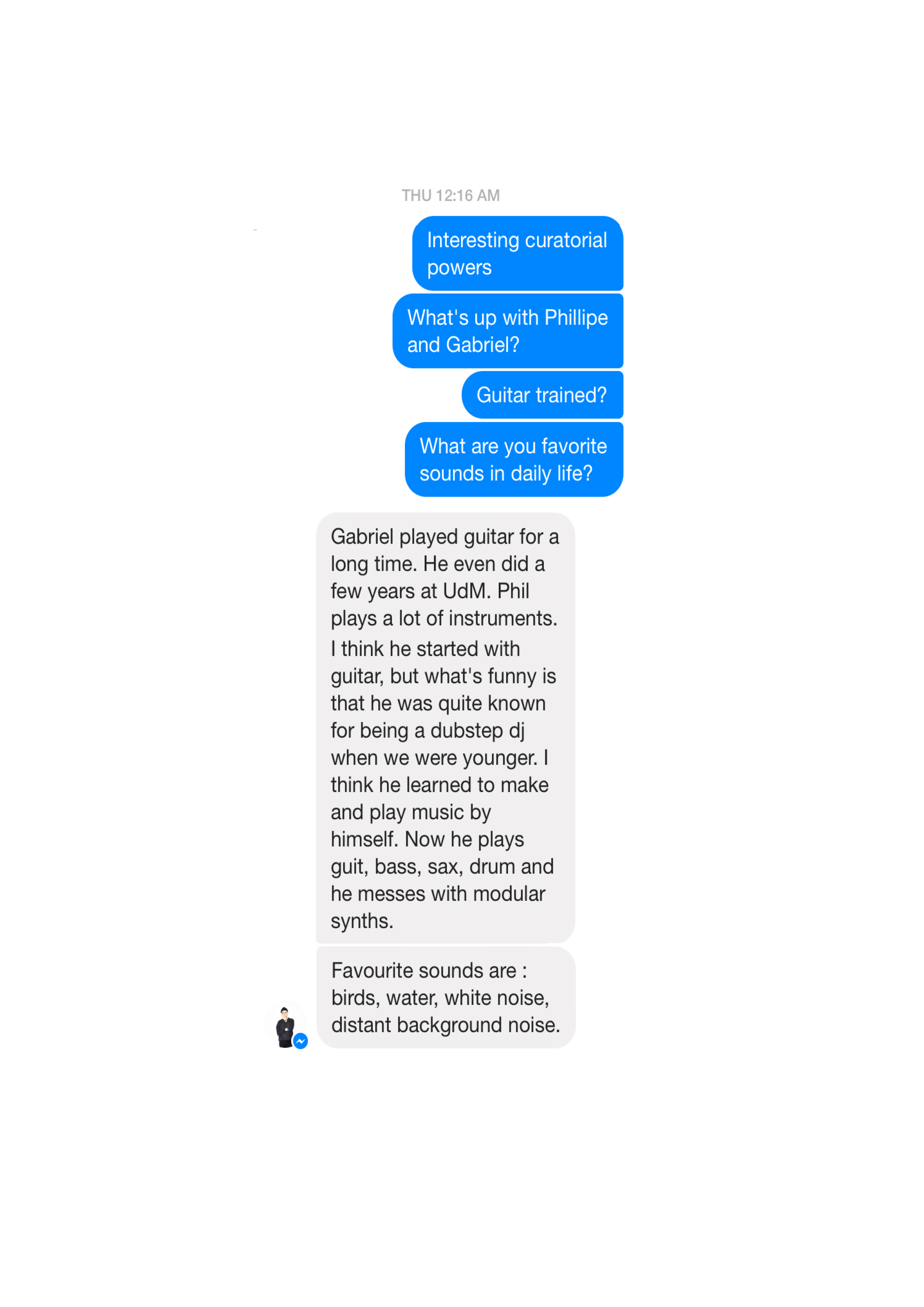 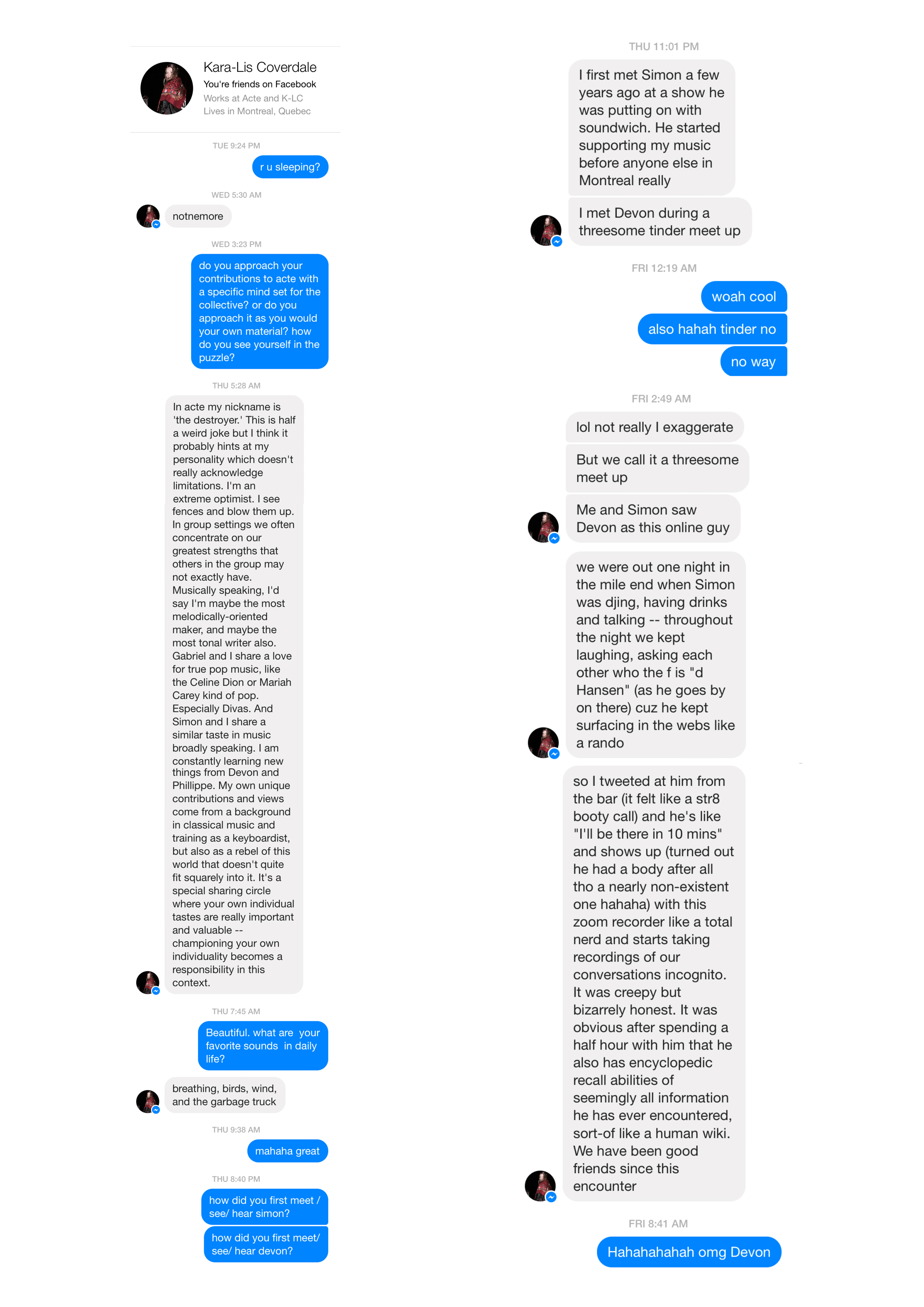